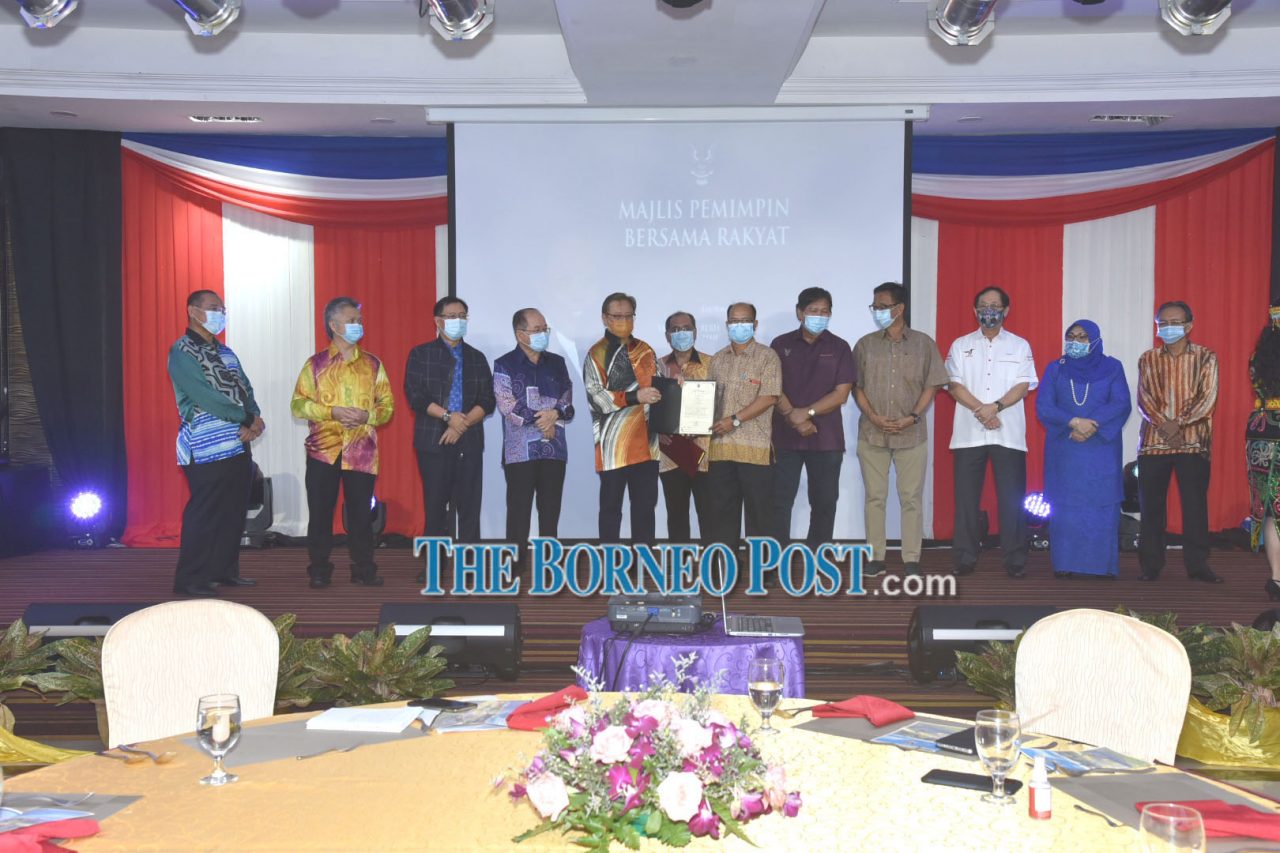 Abang Johari (fifth left) presents the letter of appointment to a community leader as other GPS leaders look on.

KUCHING: Sarawak is unique in having community leaders such as Temenggong and Pemanca – posts that cannot be found in Peninsular Malaysia, said Datuk Patinggi Abang Johari Tun Openg.

The chief minister said the state had preserved the administrative system practised during the British colonial era, with posts like Temenggong and Pemanca retained.

“Community leaders make up part of our system, they serve as the government’s arms to disseminate information to the local community.

“Now that Gabungan Parti Sarawak (GPS) is ruling Sarawak, my friends (Deputy Chief Minister) Datuk Amar Douglas Uggah (Embas) and others, all of us defend our system.

“In Malaya (Peninsular Malaysia), they don’t have Temenggong or Pemanca. Only in Sarawak, we have,” he said before handing out letters of appointment to various community leaders in Sri Aman in conjunction with the state-level Merdeka Day 2020 celebration yesterday.

According to Abang Johari, there are three Temenggong, five Pemanca, 28 Penghulu and more than 600 Ketua Kampung in Sri Aman alone.

He said all these community leaders receive monthly allowances from the government.

On another matter, the GPS chairman said Spaoh will have a rural airport to enhance connectivity and help give a boost to the local farming activities.

He added that Kapit will also have a rural airport even though it is served by express boat service from Sibu and vice versa.

He disclosed that the two projects cost about RM264.9 million.

Dr Masing said one of the airports estimated to cost RM91.4 million would be built in Bebuling, Spaoh in Betong division while the other, estimated at RM173.5 million, would be located in Bukit Mabong in Kapit division.

“Bukit Mabong has been aptly selected as it is remote, sparsely populated with approximately 50,000 people and with significant accessibility issues, while Bebuling has been chosen to improve air connectivity with a key agropolitan centre in Bukit Sadok (in Betong),” he said in a statement.