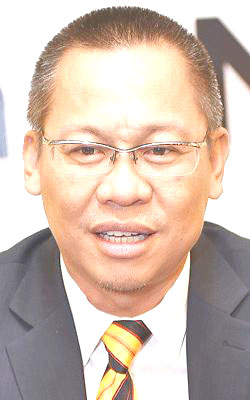 Acknowledging such depressing consequences, the Sarawak government in particular is ever ready to assist people, thus it introduced the SarawakKu Sayang Special Assistance Package which is the biggest amongst the states in Malaysia, he added.

After going through one week of the movement control order (MCO) since March 18 and considering the latest statistics furnished by the authorities and reliable sources on the Covid-19 situation, the MCO extension is inevitable, he said when reacting to the announcement made by Prime Minister Tan Sri Muhyddin Yassin on the MCO extension.

He acknowledged that the first two weeks of MCO (from March 18 to 31) are bad enough to weaken the national economy and some people are losing basic income and caused anxiety to many who felt being forced to stay at home.

“This is the first time in history our current young generation is experiencing this stressful period of their life. But I hope and believe majority of the people are beginning to understand the severity of this life-and-death circumstances we are facing,” he said.

“It is not an easy decision for the government to conclude and impose, but I’m very sure that the fundamental of this action or measure is to protect public interest, and mitigating all risks on people’s health is paramount,” he added.

“We are into this together, so don’t be stubborn or selfish.

“We must give full cooperation not only to protect ourselves but also for the sake of others, especially all those hard working front liners sacrificing and risking themselves to do what is necessary,” he said.

The MCO period will be extended to April 14.